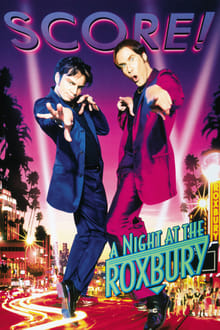 A Night at the Roxbury

Despite being well into adulthood, brothers Doug and Steve Butabi still live at home and work in the flower shop owned by their dad. They exist only to hit on women at discos, though they’re routinely unsuccessful until a chance run-in with Richard Grieco gets them inside the swank Roxbury club. Mistaken for high rollers, they meet their dream women, Vivica and Cambi, and resolve to open a club of their own.