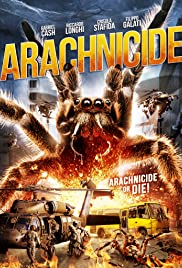 After years of experimenting, a researcher succeeds in creating an incubator that accelerates plant and animal growth. This technology is controlled by a powerful criminal organization and is being used to accelerate the growth of plants needed for the manufacture of narcotics and illegal drugs. To counter this criminal organization and destroy the laboratories they operate, the United Nations put together an elite team of operatives. The L9 Commando is a task force composed of 6 of the best soldiers from different Special Forces Units. After successfully taking down the drug operation. The L9 Commandos are called on for an important mission that brings them to Albania where they discover a sinister plan that could destroy everything. Arachnicide or die!