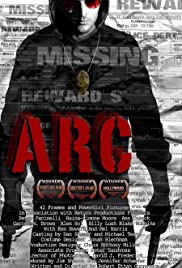 Set in the belly of Los Angeles’ criminal underworld, Arc is the story of Paris Pritchert, a former police officer turned drug dealer and addict, who embarks on a quest to find a missing child in the hope of redeeming his eroding character. The only catch is, like all addicts, Paris’ confidence completely relies on the drugs in his system and — in this case — his firm belief that he can succeed in his mission if he can just stay high 24/7 and alive long enough to see it through. To aid in the endeavor, Paris enlists the help of Maya Gibbs, an African American prostitute versed not only in the language of the street, but also in the words of Maya Angelou and Nadine Gordimer. And together, the path of this dysfunctional duo crosses with those of the child’s parents, a doctor with a penchant for soliciting “Street Boys”, a self-ascribed King Of Porn, a drug supplier with a gift for making impeccable hors d’oeuvres, and a hardened cop with more scams than the most adept street hustler.