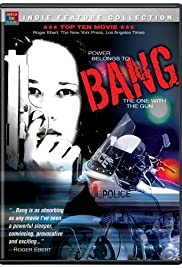 A young woman in L.A. is having a bad day: she’s evicted, an audition ends with a producer furious she won’t trade sex for the part, and a policeman nabs her for something she didn’t do, demanding fellatio to release her. She snaps, grabs his gun, takes his uniform, and leaves him cuffed to a tree where he’s soon having a defenseless chat with a homeless man. She takes off on the cop’s motorcycle and, for an afternoon, experiences a cop’s life. She talks a young man out of suicide and then is plunged into violence after a friendly encounter with two “vatos.” She is torn between self-protection and others’ expectations. Is there any resolution for her torrent of feelings?