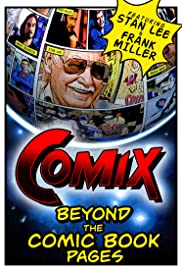 COMIX: Beyond the Comic Book Pages

COMIX is a feature documentary on comic books, the comic book world, and the phenomenon surrounding them. It is told through the thoughts and images of some of the greatest talent in the comic book industry like Stan Lee, Frank Miller, Neal Adams, Mark Waid, Marc Silvestri, and John Romita Jr., among many others. COMIX also has tons of interviews with the fans, many in full costumes, as they share their love for the art form, and who have made comics the phenomenon that it is today.