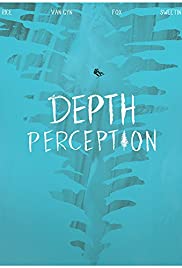 What happens when you take a Young Gun, a veteran, some chick and this other guy and drop them off in the middle of the snow-coated Canadian wilderness with a few boards and enough lenses to make even Marilyn Monroe blush? We wanted to find out. And so we did all that. Then we made Depth Perception. The film invites you to join Austen Sweetin, Travis Rice, Robin Van Gyn and Bryan Fox on an expedition. It’n to learn about nature. An expedition to ride some of the best backcountry on the planet. And, occasionally, an expedition to violently fall down a mountain to the peaceful hum of a violin. Mmm. Yeah. Depth Perception is somehow as earnest as it is tongue-in-cheek.