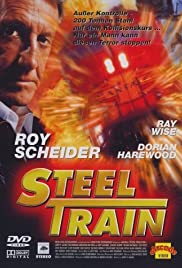 When Redwood Federal Penitentiary closes, there are going to be several hundred prisoners looking for a new home. Several of the most dangerous, all killers, will be transported by train to Santa Ana, a new high tech prison for the worst of the worst. Included in this transfer are: -Ian Kelly, explosions expert who has set off terrorist bombings worldwide. -Lorenzo “Enzo” Martini, a mafia kingpin who enjoyed nationwide fame before finally being put away. -Karl “The Killer” Miller, a serial killer with absolutely no conscience and an unquenchable thirst for blood. -Tommy “Zimm” Zimmer, a man who’s serving life for killing his wife and her lover. -Luke Sinclair, who’s finishing up the last nine months of a fifteen-year sentence for killing the man who murdered his wife. When the prisoners, under heavy security, board the last car of the train, it quickly becomes clear that an escape plan has been hatched