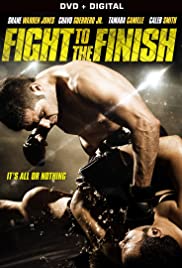 Fight to the Finish

A young amateur fighter makes an enemy with a hardened thug when he gets in-between his next-door neighbor and her abusive ex- boyfriend. As his personal life becomes threatened, he realizes he must finish the fight that he started, but this time they’ll settle it in the ring for the championship.