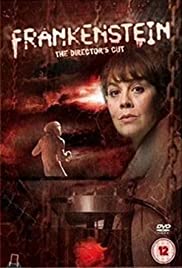 Frankenstein is a 2007 British television film produced by Impossible Pictures for ITV. It was written and directed by Jed Mercurio, adapted from Mary Shelley’s original novel to a present-day setting. Dr. Victoria Frankenstein, a female geneticist, accidentally creates a monster while growing her son’s clone from stem cells as an organ donor in an effort to prevent his imminent death.