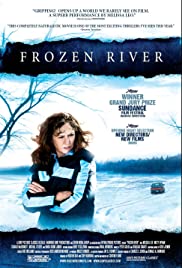 Ray Eddy, an upstate New York trailer mom, is lured into the world of illegal immigrant smuggling. Broke after her husband takes off with the down payment for their new doublewide, Ray reluctantly teams up with Lila, a smuggler, and the two begin making runs across the frozen St. Lawrence River carrying illegal Chinese and Pakistani immigrants in the trunk of Ray’s Dodge Spirit.