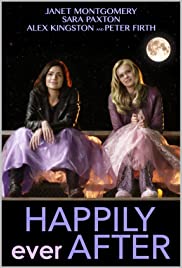 When Heather and Sarah Ann were growing up they told each other every secret. But Heather left their small town on the last day of high school vowing never to return. Forced to come back when her father becomes ill, the young documentary filmmaker is pressured into filming Sarah Ann’s wedding video. Heather is convinced that the edgy filmmaker and bubbly pink-wearing bride have nothing in common, but as the big day approaches she finds that no one is quite what they seem – especially the old friend she thought she knew better than anyone.