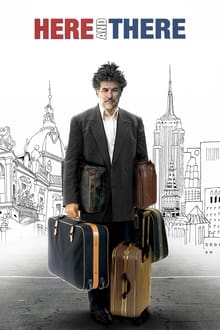 Here and There (Serbian: Tamo i ovde) is a Serbian film which was premiered at the Belgrade Film Festival FEST 2009. Here and There follows two interconnected stories on two different continents. Robert (Thornton), a depressed New Yorker, tries to make quick cash and ends up in Serbia, where instead of money he finds his soul. At the same time, a young Serbian immigrant, Branko (Trifunović), struggles in an unforgiving New York, desperately trying to bring his girlfriend from Serbia to the United States. Mirijana Karanović plays Branko’s mother.