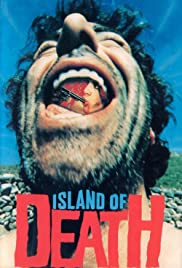 A British couple on a break on a small Greek Island, spreading terror beyond anything the Islanders could have ever imagined. Only stopping every once in a while to shag anything that moves, be it a man, woman or an animal. But will they go unpunished, or the inspector from London will be able to put an end to their killing spree?