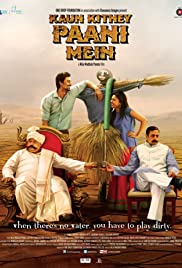 The film wryly expresses the changes in hierarchy, caste and the power equation when water, the most important resource, vanishes and how the oppressed become the oppressors. The story is told through two villages which were split based on caste and money but never through water. In the current situation, through reversals of fortune, the old world order has been broken and water becomes the biggest game changer. It has a domino effect on everything from social order to economics, even love and marriage. The film takes a satirical look at respect for resources, caste divides, and rural life against the backdrop of a traditional love story but all set in a realm where water is the new currency.