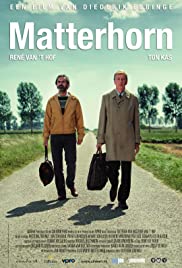 Fred lives on his own. His wife is dead, his son has left. He leans on the church, busses, meat-and-two-veg. Then Leo appears. Leo is a tramp. Fred lets Leo move in with him. An absurdist feature debut with a laugh and a tear in stuffy Netherlands.