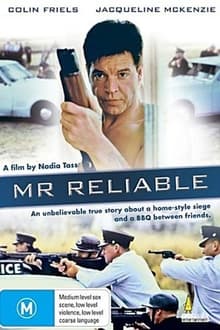 All Wally Mellish, an ex-convict in 1960s Australia, wants to do is live a quiet life with his girlfriend Beryl. Unfortunately when two police officers come around to disturb this, a misunderstanding quickly becomes out of control, resulting Wally, Beryl and her child being trapped in their house, surrounded by armed police under the impression that Wally is holding everyone hostage. Events quickly spiral into a media circus as, through the siege, Wally – inadvertently – manages to become a symbol for the anti-war movement.