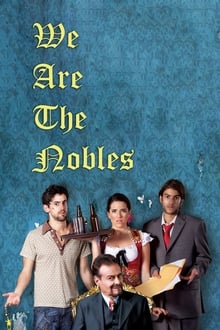 Tells the “riches to rags” story of the Nobles, three upper-class twenty-somethings that appear to have no limits to their checkbooks, and no direction in their lives. Until one day, their father tries to teach them a lesson by staging a financial scandal that forces the whole family to escape to an old house in the poor side of town, and leads the “kids” to do what they haven’t done before: get jobs.