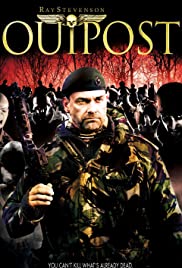 In a seedy bar in a town ravaged by war, scientist and businessman Hunt hires mercenary and former Royal Marine D.C. to assemble a crack team of ex-soldiers to protect him on a dangerous journey into no-man’s land. Their mission is to scope out an old military bunker in Eastern Europe. It should be easy – 48 hours at the most. Lots of cash for little risk. Or so he says…