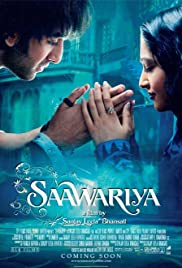 Orphaned and homeless Ranbir Raj re-locates to a small town and orders a glass of milk in the RK Bar. He befriends a prostitute by the name of Gulabji, who invites him to spend the night with her, and when he refuses, she re-directs him to Lillian who rents out rooms. Ranbir meets with Lillian, who has been living alone for 37 years after her son, Vincent, left to join the army and did not return.