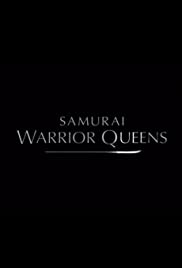 The legends of the Samurai seem to be an all-male affair; but contrary to popular belief, Samurai women stood their ground in countless battles and castle sieges. The drama documentary tells the true story of Samurai woman Takeko Nakano who fights for her clans’ independence in a final battle that marks the end of the Samurai era. In 1853, 6 year old Takeko starts her formal Samurai education and relentless martial arts training in Edo, when the arrival of Commodore Matthew C. Perry and his American gunboats changes the isolated country forever. Ten years later, Takeko becomes one of the youngest martial arts masters. She receives a personal dagger as a rite of passage from her mother and refuses her masters marriage proposal. Instead she prepares her students for war. The growing Western influence splits the powerful Samurai clans into two warring factions. In 1868, Takeko, her sister and mother write their death poems and cut their hair in the tradition of the male Samurai. The next… Written by Sebastian Peiter