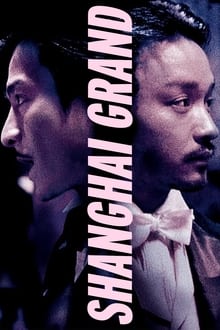 Gangsters abound in this lively, romantic crime drama that is set in Shanghai during WW II. The tale of Taiwanese patriot Hsu Wen-Chiang begins as he is washed up on a beach near Shanghai. He is taken in by Ting Lik, a kindly beggar who is desperately in love with Feng Ching-Ching, the daughter of a prominent gangster. It isn’t long before Ting Lik successfully rises through the underworld ranks to become one of the city’s most powerful gangsters. Hsu is beside him all the way and uses his own power to get revenge against those who tried to have him killed much earlier. The film’s later focus is on the exploits of Feng who long ago had a relationship with Hsu when he was on the lam in northern China. Back in the present, Hsu and Feng meet again by chance and they resume their affair until Hsu learns that Feng’s father is one of his enemies and kills him. Poor Feng goes mad with grief. Ting finds out and swears revenge upon Hsu.