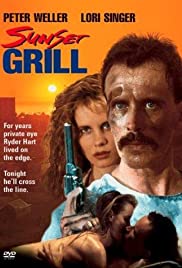 Ryder Hart is a private investigator and former police officer who is down on his luck and drinks too much. His estranged wife Anita runs a bar and restaurant called the Sunset Grill and is romantically involved with a cop who worked with Hart.