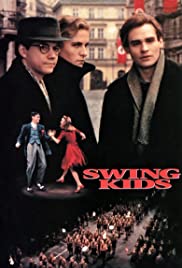 The story of a close-knit group of young kids in Nazi Germany who listen to banned swing music from the US. Soon dancing and fun leads to more difficult choices as the Nazi’s begin tightening the grip on Germany. Each member of the group is forced to face some tough choices about right, wrong, and survival.