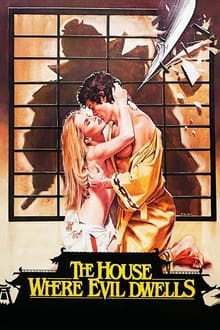 The House Where Evil Dwells

At the prompting of his diplomat friend, Alex, writer Ted Fletcher takes his wife, Laura, and daughter, Amy, on an extended working holiday. Alex finds a house for them in Kyoto, Japan, and the Fletchers move in, laughing off rumors that the place is haunted. But the ghost of 19th-century samurai Shigero turns out to be very real, and is intent on making the family re-enact an ancient murder-suicide.