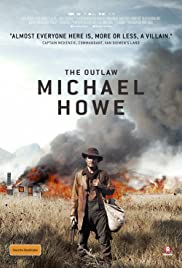 1814. Van Diemen’s Land, the notorious British penal colony, has dissolved into chaos. Outlaws roaming the wilderness have pushed the colonial government to breaking point. Driven by a deep sense of loyalty and an unquenchable hatred towards those he once served, English convict Michael Howe and a young aboriginal girl turn a desperate band of convicts, deserters and bushmen into a fearsome guerrilla army and lead them in open rebellion against the brutal, corrupt establishment. As the British hunt the outlaws, Howe remains an elusive prize. In desperation, the Governor makes the capture of Howe’s pregnant girl his priority.   An epic story of love and betrayal, The Outlaw Michael Howe chronicles the astonishing true story of the man who pushed Australia to the brink of civil war.