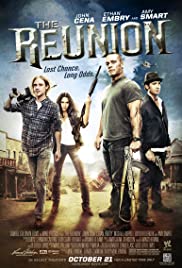 The Cleary brothers, Sam (John Cena), Leo (Ethan Embry) and Douglas (Boyd Holbrook) took dysfunctional families to a new level: Sam and Leo have grown up hating each other and neither likes their juvenile delinquent kid brother, Douglas, to whom they’ve only recently been introduced. The sons share the same father, a womanizing drunk, but all have different mothers. Their father died a rich man and when they’re brought together by their sister Nina (Amy Smart) to learn which of them will inherit the old man`s fortune, they are handed an unpleasant surprise.