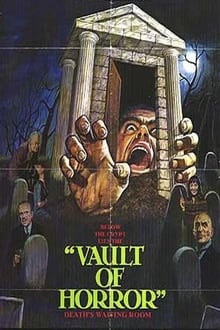 The Vault of Horror

The sequel to Tales from the Crypt. Five strangers trapped in a basement vault converse about their recurring nightmares. Their stories include vampires, bodily dismemberment, east Indian mysticism, an insurance scam, and an artist who kills by painting his victims’ deaths.