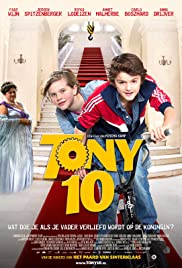 A family film which tells the unlikely and timeless story about almost ten year old Tony, whose father rises from being a crane driver to Secretary of State. As a result his parents get divorced and Tony does everything he can to bring them back together. He even calls in the help of the queen.