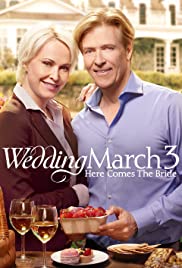 It’s a full Valentine’s Day weekend at the Inn when Olivia and Mick host Mick’s sister Bonnie and her finance Sean, Mick’s daughter Julie and her boyfriend Wyatt, and Olivia’s mother Nora and her boyfriend Johnny. Bonnie brings her new fiancé Sean, and they plan to marry at the Inn that weekend, and Julie announces she plans to drop out of college to pursue her passion for cooking. While Olivia plans the wedding, Mick expresses his concerns to both Bonnie about the distant Sean, and to Julie about dropping out of college. Wyatt, too, is troubled by Julie’s decision to leave college, and the two have a fight that may end their relationship. As the wedding approaches, Sean reveals a secret that he has been keeping all weekend, and Johnny has a surprise of his own in store.