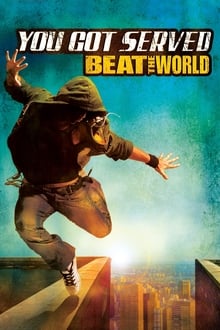 You Got Served: Beat the World

Three dance crews – one Latin American, one European and one Canadian – prepare to battle at the International Beat the World competition in Detroit. Along the way, they struggle with gambling debt, bad break-ups and their own egos. In the final showdown to become world champions they find that their lifelong hopes, dreams and even lives, are at stake.